Continuing its endorsement of mass participation sporting events, Discovery will once more host a weekend of multisport to encourage Capetonians to get and stay active. The Discovery Get Active Weekend brings professional athletes and sport enthusiasts alike to experience an exciting day of swimming, cycling, and running through the scenic Mother City, with the Discovery Duathlon Cape Town and the Discovery Triathlon World Cup Cape Town all happening on one action-filled day, on Sunday 11 February 2018.

“The Discovery Get Active Weekend is a terrific opportunity for people to experience the thrill of multisport,” says Iona Maclean, Head of Experiential Marketing for Discovery. “The duathlon makes multisport more accessible, allowing contestants who prefer running and cycling to compete, while leaving the crisp Cape waters to triathletes or those looking to challenge themselves and their fitness levels in 2018.”

“This event is special as it attracts the best triathletes in the world, including world and Olympic champions,” says race director Gary Marescia.

Home-grown men’s defending Discovery Triathlon World Cup Cape Town champ, Richard Murray, enthuses about the Cape Town event, saying, “To race in front of my home crowd and Table Mountain is always a pleasure.” He also enjoys the dynamic of the race format: “I’m a big fan of the sprint distance events – it’s fast, furious and comes down to the line sometimes.”

With the triathlon and duathlon taking place on the same day this year, spectators will be treated to a full day of entertainment.“The start times of each wave have been scheduled to ensure that athletes and spectators enjoy an action-packed day of racing,” says Marescia.

“We are pleased that Cape Town has been chosen as a host city once again,” says Alderman JP Smith, a City Mayoral Committee Member for Safety and Security. “The City has developed a strong track record as an events destination. On behalf of the City of Cape Town, I would like to extend a warm welcome to the ITU World Cup triathletes and spectators.”

Whether you’re a professional athlete or a newcomer to multisport, there’s nothing like the adrenalin rush combining two or more disciplines into one, exciting event. The Discovery Duathlon Cape Town offers those interested in a multisport event the chance to experience the run, cycle, run format.

The weekend promises to cater for high performance athletes, weekend warriors and novices alike. It also allows participants to experience the beauty of Cape Town and spend a day out at iconic locations, such as the V&A Waterfront and the Hamilton’s Shared Fields across the Green Point Athletics Stadium.

Entries are now open for the Discovery Get Active Weekend and there are limited entries per race category.

For more information and to enter either the triathlon or duathlon , visit triathlon.capetown.

Discovery is the title sponsor of the event and the correct naming convention is therefore the Discovery Triathlon World Cup Cape Town.

Discovery Limited is a South African-founded financial services organisation that operates in the healthcare, life assurance, short-term insurance, savings and investment products and wellness markets. Founded in 1992, Discovery was guided by a clear core purpose – to make people healthier and to enhance and protect their lives. Underpinning this core purpose is the belief that through innovation, Discovery can be a powerful market disruptor.

The company, with headquarters in Johannesburg, South Africa, has expanded its operations globally and currently serves over 5 million clients across South Africa, the United Kingdom, the United States, China, Singapore and Australia. Discovery recently partnered with Generali, a leading insurer in Europe, and has partnered with John Hancock in the US. These new partnerships will bring Discovery’s shared-value business model to protection industries in Europe and the US.

Discovery is an authorised financial services provider and trades under the code “DSY” on the Johannesburg Securities Exchange. 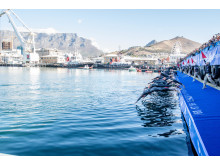 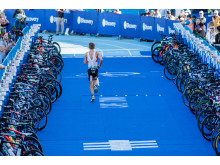 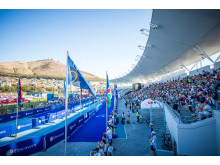 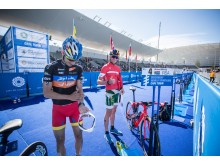 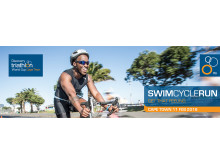