Do you work in the press or media?

The information on this page is intended for journalists, press and media. Click YES to get to the newsroom. If you click NO you will come back to Mynewsdesk.com.

Optimism after a lost decade

Today at the 2018 Discovery Leadership Summit held in Sandton, business leaders emphasised the irrefutable case for economic growth. This is central to turning around the country since the 2008 financial crisis and the challenges associated with state capture.

With this deep belief in building the country, Discovery will invest over R13 billion over the next five years in new businesses including Discovery Bank and Commercial Insurance, infrastructure and more.

“It’s not about patriotism but a deep belief in opportunity,” Gore added. He said the facts showed irrefutably that South Africa is a better place now than in 1994, including that gross domestic product has more than doubled since 1994, the number of black employees in the workforce has more than tripled, and positive outcomes in provision of formal housing and schooling, as well as reduction of new HIV infections.

“There’s a lot of opportunity out there but you can only take advantage if you’re positive, if you have a can-do attitude. You have to give people hope,” Koseff said.

Asked about his belief in the country's ability to thrive in the face of negative sentiment and a poor economic outlook, African Rainbow Minerals Chief Executive, Dr Patrice Motsepe said: "We dare not have a false sense of optimism. But we have shareholders all over the world and we continue to see South Africa as an excellent place to do business and to invest in."

Promoting education initiatives and supporting entrepreneurs would be crucial, Motsepe and Koseff added.

"We have got challenges, serious challenges, but we have absolutely no doubt with the quality of people we have in this population, both black and white, who believe in the future of this country, that we will succeed. The facts justify it," Motsepe said.

He also emphasised the importance of education, "We’ve got to ensure the education given to the youth is equipping them for the fourth industrial revolution in this economic climate."

Koseff lamented a “lost” decade in the country but urged leaders to “move on.” Strong institutions including civil society and investigative journalism and an independent judiciary, have helped bring us back from the precipice, Motsepe and Koseff agreed.

“In life you have to learn from the past and go forward. Understand your history and look to your future. We can't undo it. Now we have to move forward,” said Koseff.

“We need an enabling government, which we have. Now we have to fix it. We went off the wrong track, who doesn't make mistakes? We have huge opportunities if we get our policies right.” 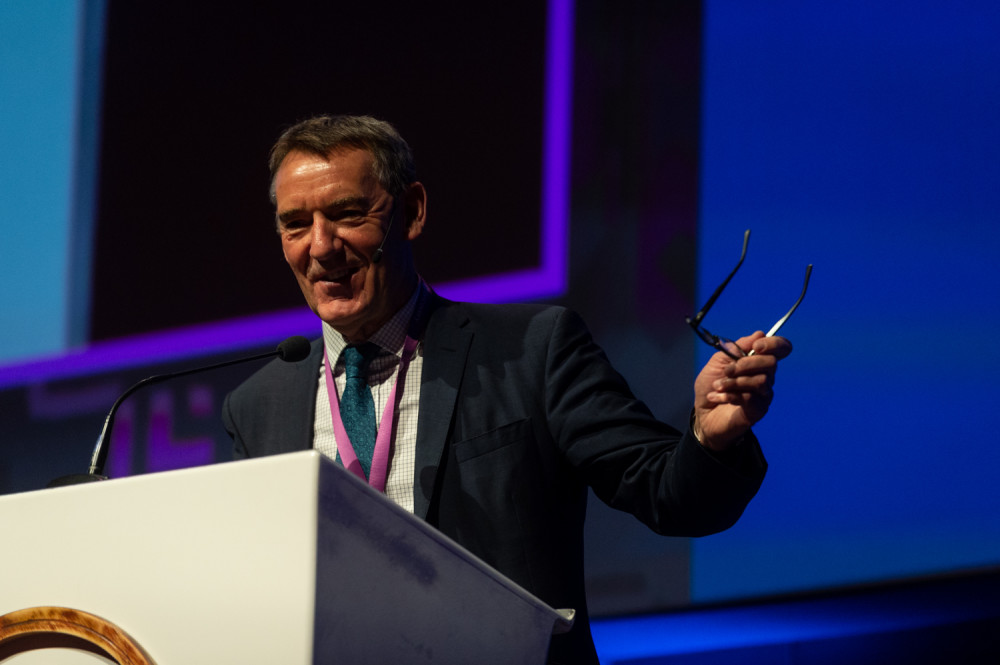 Focusing on the global economy, economist and former Commercial Secretary to the UK Treasury, Lord Jim O’Neill, said the fortunes and growth of the Chinese economy were central to wellbeing of all countries.

“I cannot emphasise enough its importance [China’s] to the world economy. [Some] 85% of world GDP comes from China and the US. Of that nominal GDP growth, more of it is from China than the US,” said O’Neill.

He added that Chinese consumers purchased more Apple products than their counterparts in the US.

“[US President Donald] Trump’s advisors would do well to know that the days of China focusing on cheap products are passed.”

O’Neill added that South Africa’s population and the resultant size of the workforce would mean that the country would never be comparable to its fellow BRICS partners. However, if South Africa improved productivity levels, among other interventions, there would be a turn-around in economic outcomes.