“Anyone of any ability, age and any fitness level is welcome at the parkrun events, whether you are a runner, jogger or walker,” says Dr Craig Nossel, Head of Discovery Vitality. “Vitality is proud to be associated with parkrun South Africa and to support them in encouraging more South Africans to get physically active and fit, as this is something that is core to Vitality.”

Getting your daily dose of exercise can be as simple as getting a pair of good walking or running shoes, and being active for 30 minutes a day, five times a week. This is what parkrun is about – promoting the benefits of being physically active – and having fun along the way with their many parkrun events. parkrun is a global organisation that together with sponsors, organises free, weekly 5km timed runs around the world. Over 266 parkruns have been started around the globe in the UK, Denmark, Australia, Poland, New Zealand, the US, Ireland and South Africa. In South Africa, parkrun South Africa has over 7 000 runners who participate in parkruns across the country where runners can appreciate the beauty of the outdoors.

“By engaging in regular exercise, people can prevent developing chronic diseases of lifestyle such as diabetes, heart disease, stroke and certain cancers. Importantly it has such a positive impact on ones quality of life.” says Dr Nossel.

This initiative will also help to generate healthy competition between our cities to motivate behaviour; to provide information around the built environment and resources that encourage activity and to set policies which will encourage individuals and communities to engage in physical activity as part of a healthier, active lifestyle.

Get 500 Vitality points with your parkrun barcode

The best thing about parkrun is that it is free. Vitality members only need to register once at www.parkrun.co.za and print out their unique barcode which allows them to participate in the parkruns. Only members who are over 18 years old will earn 500 Vitality points at each parkrun event – barcodes need to be scanned after each parkrun. Your personal barcode also allows you to participate at any parkrun venue in the world, so do take your barcode with you on holiday. The maximum Vitality points of 15 000 points a year applies.

Each parkrun takes place weekly on Saturday mornings at 8:00.

Discovery’s core purpose is to make people healthier, and to enhance and protect their lives through financial products that clients need and want. 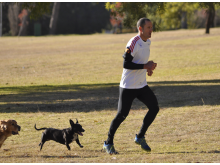 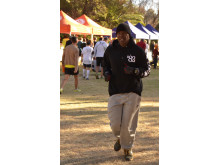 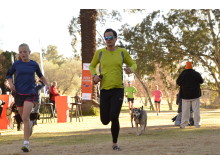 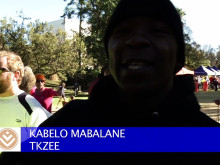 On Saturday,15 June at a special event at Delta Park in Victory Park, Johannesburg, Vitality, together with sponsors adidas and Blue Labe... 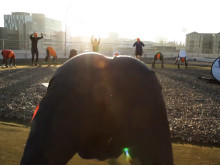