The Discovery team introduced to the Minister the insurer’s Vitality Drive initiative which is aimed at bolstering road safety through incentives.

Vitality Drive is a mobile phone application that tracks driving behaviour, promotes knowledge and awareness and vehicle safety. It also discourages distractive driver behaviour such as the use of mobile phones while driving.

Minister Peters applauded Discovery Insure for having given scholar transport special focus by ensuring that those transporting school going children do keep them safe on the road.

She also highlighted the legislative strides that the Department of Transport is making in the expected promulgation of regulations governing scholar transport.

Minister Peters further indicated that Discovery Insure’s road safety initiative is likely to be embraced as part of the broad technological advances that the Department of Transport has made through the Road Traffic Management Corporation (RTMC).

“We find it quite heartening that the mobile application could also be used by taxi commuters who would be able to detect the driving conduct of the taxi drivers whilst in transit. While government has the primary responsibility of enforcing rules of the road, it’s important that the nation shares the responsibility of changing driver attitudes and behaviour through education and interactive awareness initiatives such as the one undertaken by Discovery Insure,” enthused Minister Peters.

The Minister has encouraged more private sector and civil society organisations to join hands with government in the battle against road carnage.

She said the objectives of the United Nations Decade of Action for Road Safety campaign can only be realized through such partnerships.

Among its primary targets, the UN global campaign aims to have member States halve road fatalities in their respective countries by 2020. 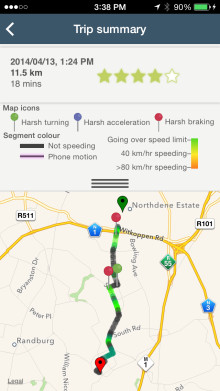 South Africa’s best drivers are to be found in the Western Cape, with Gauteng ranked second overall, according to data from Discovery Insure’s road safety smartphone application. During June, the first month of the campaign 16.8 million kilometres of driving data was collected and analysed by Discovery Insure... 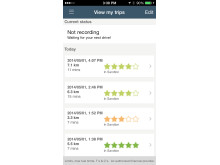 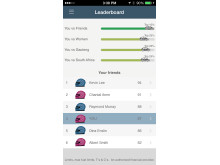 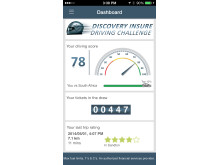 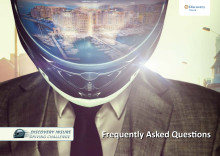 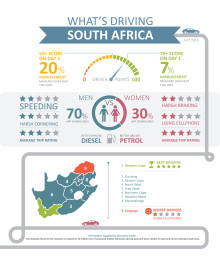